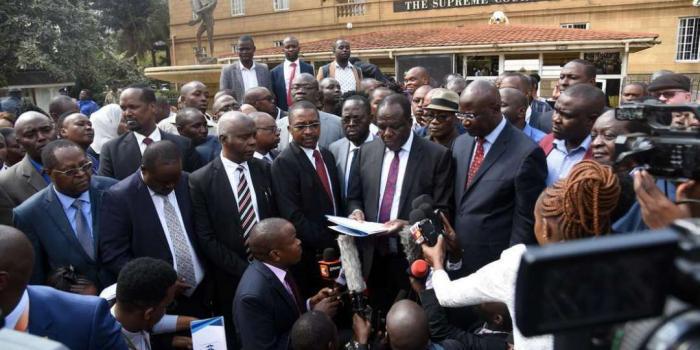 Makueni Governor Kivutha Kibwana on Sunday disclosed his next move after the National’s governments stand on the 316 billion revenue allocation bill 2019.

This comes after Senate, on Thursday, September 4, gave in to President Uhuru Kenyatta’s firm stand not to grant them the Ksh355 billion they initially requested for settling for the Ksh316 billion.

“If we have the problem of money, we should that which is available use what we are given because the money goes into feeding devolution so that the country can progress,” he stated

“As one of the people involved in the constitution-making in a while, I would really plead with Kenyans to solidify devolution because that is our lifeline,” he begged.

Kivutha also confirmed that the county governments only agreed to the Ksh316 to end the stalemate.

He further addressed the President stating that county governments and the national government are dependent on each other.

“Even for the president, whatever we do as governors, is because we get support from the National level so it is not our success alone, it is also the president’s support,” he declared.

The Senate accepted the Ksh316 billion allocation for counties proposed in the revised 2019 Division of Revenue Bill in what Murkomen described as a ‘painful decision’.

The Senate and the Council of Governors (CoG) have been insistent on demanding Ksh335 billion allocated to the counties, an impasse that has been paralysing operations in the counties.

Initially, President Uhuru Kenyatta had told off governors stating that the National government had no money to give to the counties and that they should work with what is available.

Uhuru, who broke his long silence over the matter at a funeral in Murang’a, saying “There are no funds to support the additional Ksh19 billion that the governors want.”

“I want to tell the governors and those agitating for the increase of allocation to counties that they should work with what they have. That is all that is there. The Government does not print money; we have to work with what we have,” he added.