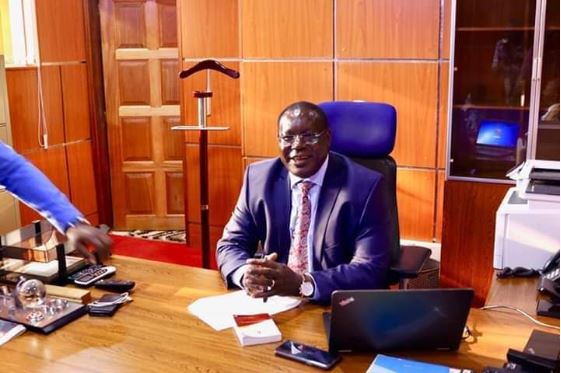 Kiambu Deputy Governor, James Nyoro, has taken over the running of the county in acting capacity after Governor Ferdinand Waititu, was locked out of his public office by the court until further notice.

After occupying the office, Nyoro’s first action was to hold a meeting with chief officers and CECs.

While speaking to journalists after the meeting, on Tuesday afternoon, Nyoro affirmed that he was now in charge of the county affairs.

“At this point, we are not talking about making changes, but we will work together as a team,” he declared.

He noted that his aim was to steer the county forward, as well as take charge of all stalled development programs.

“For a long time, we have driven facing backwards and if you do so definitely at one point, there will be an accident. What we want to see in Kiambu county is accountability and transparency,” he divulged.

In the ruling made on Tuesday morning, the embattled governor was locked out of his public office until further notice, to give way for further investigations.

Anti-Corruption Court Justice, Lawrence Mugambi, ruled that barring the accused county staff and their boss from accessing their places of work would ensure the integrity of the trial, as well as public interest.

The magistrate’s court cited the need to avert any form of witness tampering, as the key reason behind their decision.

Waititu is on trial over the alleged loss of Ksh588 million in shoddy deals.