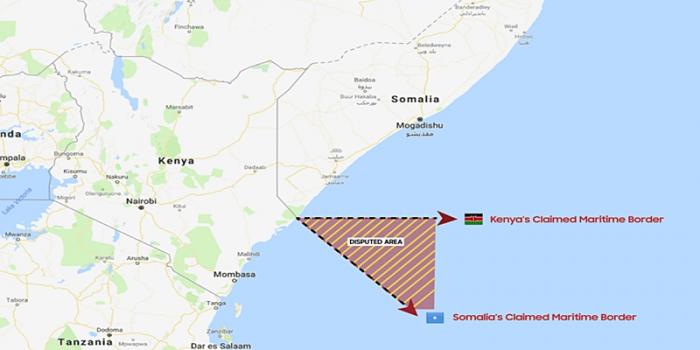 The Kenya-Somali border turned into a sensitive matter when the two countries failed to agree on maritime borderlines and forwarded the case to the International Court of Justice (ICJ).

The Daily Nation reported on Thursday, October 3, that a group of Kenyans wants the matter to bet settled out of court instead of presenting it to the ICJ.

They have asked the country not to send representatives from Nairobi to the Hague for the maritime border’s case pitting the country against Somalia.

They requested the High Court to stop Attorney General Kihara Kariuki, Foreign Affairs Cabinet Secretary Monica Juma and the Kenya International Boundaries Office from heading to the Hague next month.

The group noted that the friction caused by the disagreement could lead to a confrontation between the two countries.

The 20 petitioners asked the High Court to issue a directive restraining the three offices from participating in the case to ensure Kenyans are not part of the standoff that might affect constitutional requirements.

“We are concerned that as Kenya’s representatives continue to campaign for international community to prevail upon Somalia to resolve the dispute amicably, no serious efforts have been made to assert that the International Court of Justice is exercising its jurisdiction unlawfully,” the petitioners recounted in their affidavit signed by Kiriro Ngungi.

The dispute started in 2014, when Somalia sued Kenya at the ICJ over the maritime border which both nations claim to control.

The Standard on September 1, reported that the two countries were no longer seeing eye to eye, as the fight to control the border intensified.

Somalia was alleged to be auctioning oil blocks in the disputed Indian Ocean boundary leading to a diplomatic tension with Kenya.

The country’s president Mohammed Farmajo also rejected a proposal by his Kenyan counterpart Uhuru Kenyatta, for a dialogue that would resolve the issue.

Despite Uhuru’s call for an amicable solution, Farmajo went ahead to request that the matter be handled in court.