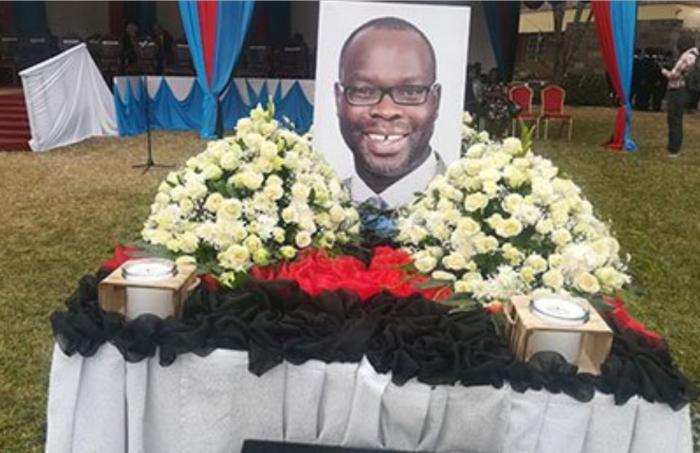 Every couple has a story about how they came together and that of the late Kibra MP, Ken Okoth, is rather an intriguing one.

While speaking at his memorial service held at Starehe Boys Centre on Wednesday, the wife, Monica Okoth, revealed that she was mesmerised by his intelligence when they both joined a university in Austria.

Okoth was extremely sharp that he memorised the names of all the new students within two days and, despite being the only African student, he rose to become the institution’s student leader.

The lawmaker also took up the responsibility of introducing all the new students to the school’s principal.

“He was our voice, he was the one who would go to the head of the university to introduce us all, he memorised everybody name in two days, and everybody else was looking at each other how could this be possible,” she narrated.

She also described her life with the late legislator as incredible adding that they toured many parts of the world together and they were best friends.

“I have led an incredible life with Ken Okoth, lived in many parts of the world with him – we were truly best friends. Ken was ill in the last two years and it was sad to watch him suffer.

“Thank you all for your support and love,” she stated.

Monica further explained that she had known the MP for 21 years and first came to Kenya 15 years ago.

The couple had no biological children but adopted three.

Here is the video courtesy of NTV: