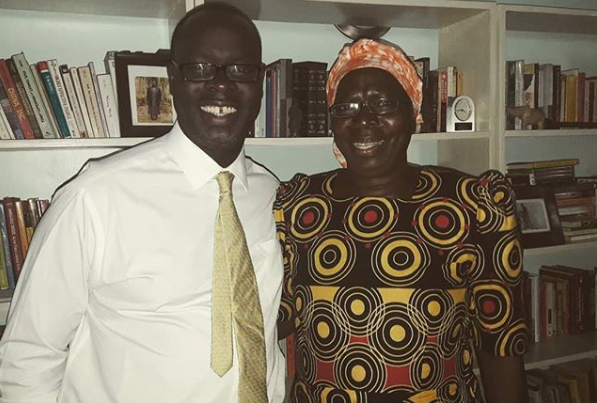 The mother of the late Kibra MP, Ken Okoth, reportedly snubbed his incineration at the Kariokor Crematorium on Saturday.

Speaking to Citizen TV, the deceased’s nephew, Evans Oluoch, revealed that the legislator’s mother, Angeline Ajwang, insisted up to the last minute that his body should be buried.

He went on to add that Ajwang was not involved in the plans to cremate her son.

“Unfortunately, we just got the news yesterday on TV when Sifuna said that the family had agreed to cremate Ken and I’m really shocked because even his mum was never involved in this.” he remarked.

Oluoch further revealed that ODM Party Leader Raila Odinga had agreed to provide a chopper that would carry Okoth’s body. However, this was not to be.

“Plans were already underway and everything was set.The villagers were waiting.Some of the relatives did not come to Nairobi because they knew very well that the body is going to Kabondo.

“To our surprise, everything just changed last evening. We heard that the body is going to be cremated yet Ken’s mum fully disagreed. She really wanted the body to be buried next to her house,” he added.

Oluoch explained that the decision to cremate the deceased lawmaker was carried out by two family members together with his wife, Monica Lavender Okoth.