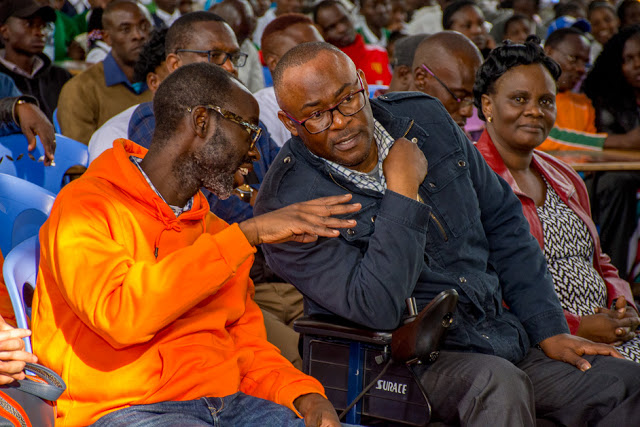 The late Kibra MP, Ken Okoth, offered his friends some critical advice when they shared a meal on July, 20.

Speaking to journalists during Starehe Boys Centre’s 60th-anniversary celebrations, his former schoolmate and friend John Kinuthia revealed that he invited them for dinner at an eatery that is located along Kindaruma Road.

“When he invited us for what we are now referring to as the last supper, he called his mum, siblings, close friends, classmates and people that he was affiliated with.

“He took us to Ashaki Grill the other Saturday and it was a two-way street from himself he was enjoying friends and family for the last time and you could tell it,” he narrated.

Another friend by the name, Fred Gori, disclosed that he gave them some wise counsel on marriage that will remain with them for a long time.

“He told us, “You guys take care of your wives because you may have a lot of money for treatment but without a support system from your wife and other family members, it’s very unlikely that you will pull through,” Gori stated.

Okoth’s former classmates described him as a humble man who was very passionate about education, adding that his death was a great loss.

“We’ve lost a friend of a kind that nothing and no one will bring back. Our only hope is that God is merciful and that he will give us somebody else to fulfill Okoth’s dreams,” he added.

The Kibra MP passed on at The Nairobi Hospital on Friday after a long battle with colorectal cancer.

Okoth was rushed to the medical facility on Thursday after his condition deteriorated. He had suffered multiple organ failure.

Close sources revealed that he had specifically stated that he did not want to be on life support and on Friday afternoon, he was pronounced dead.

Watch the video below courtesy NTV: