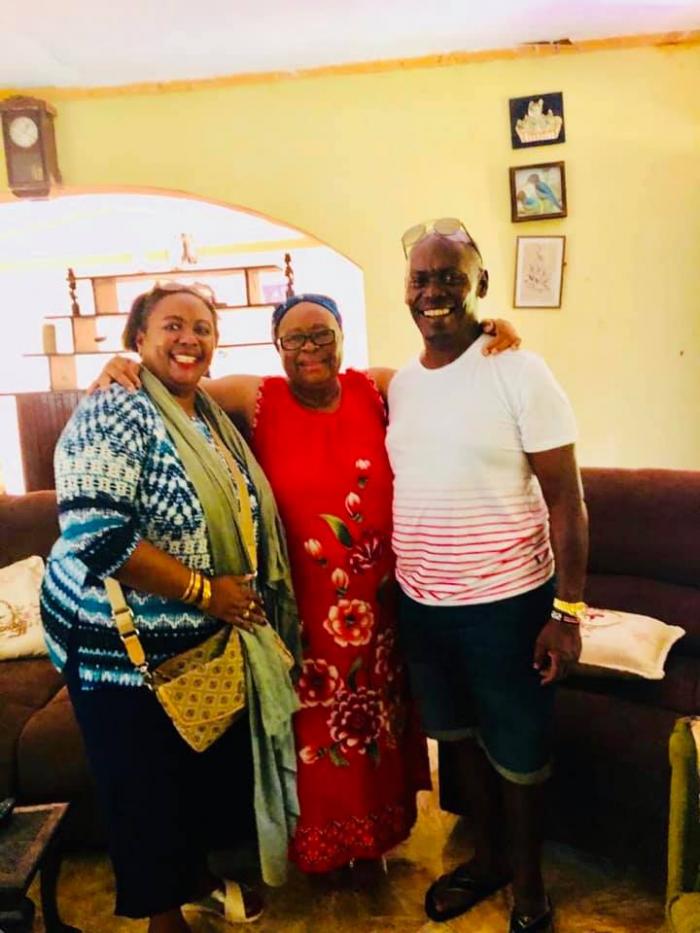 The business mogul, who spoke to kenyagist.com, reminisced of his career journey that was made successful by Ms Mutua.

Kabogo posted, “Today I surprised my first boss in Mombasa. It was a great pleasure to see her in good health. God bless you mama Mutua, you played a big role in moulding me to be who I am today.”

According to the former governor, Elvina was not only a boss but a mother.

“She was not only my boss but my mother, I was young, I was about 20 and a half, I had just come from college,” he stated.

“You should have seen her face when I visited her today, she screamed my son! My son! (mtoto wangu mtoto wangu!!). She also reminded me how difficult it was to cater for a young family with little man but she is happy that I was able to hold through,” the elated Kabogo disclosed.

Kabogo had just left his government job in Nairobi after a period of about 3 to 4 months, where he was an auditor with controller and Auditor General.

“They were paying me peanuts and they were giving me postmortem work. You know as an auditor, you go through old files, I was going through files of people who had even died,” he complained.

In 1984, he went for an interview in Mombasa and was interviewed by Ms Mutua, who gave her the job in the NGO immediately after.

On his visit on Monday, Ms Mutua reminded Kabogo how he braved the Mombasa heat in a suit

“So today she reminded me that I went in a suit, imagine for an interview Mombasa in a suit, I was a fala (laughs), I had come by bus, I came by Mawingo bus, all the way from Nairobi with a bag written BOAC,” laughed Kabogo

Kabogo further stated, “I worked as a business advisor to women groups, I had conducted several businesses in college. Then I grew to the project accountant then, I became the finance director overtime and eventually, I became the executive director after she retired.”

In his visit, Kabogo disclosed that Ms. Mutua, who is clocking now 90, is still strong and in perfect health.

Kabogo urged young people to look for mentors, who would see them grow in their careers and constantly put them back on track like Mama Mutua did with him.