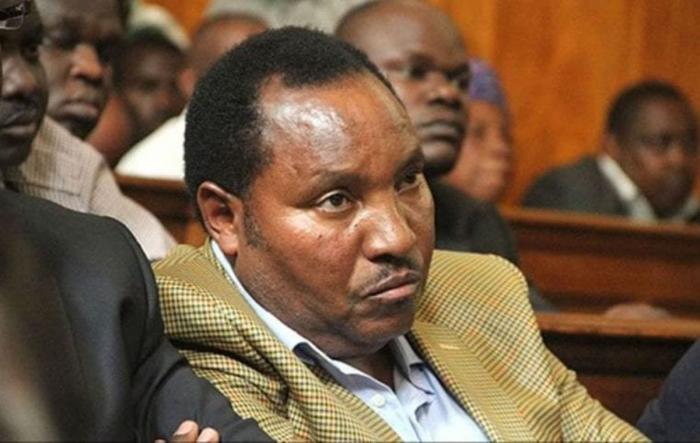 Former Kiambu Governor William Kabogo made a prophecy on his successor’s tenure at the helm of the county that came to pass.

In the video, the former county head acknowledges that the governor’s post wasn’t easy as people thought, noting that Ferdinand Waititu was only interested in Making money and not serve society.

“If you chase me, I will go home with my head high, I will not look back but I know this guy is only interested in making money,” Kabogo stated.

Barely two years in office, Waititu is being charged with misappropriation of public resources by awarding self and close associates County tenders.

On Tuesday, the governor and his wife, Susan Wangari Ndung’u, were released on Ksh15 million cash bail.

In his ruling, Magistrate Lawrence Mugambi at Milimani Law Courts directed that the county head and his fellow accused be barred from accessing the county offices until the case is heard and determined.

Governor Waititu was charged with conflict of interest for allegedly receiving Ksh25,624,500 from Testimony Enterprises Limited; a company that was awarded contracts by the Kiambu County Government.

Governor Waititu and his wife further faced a joint charge of dealing with suspect property.