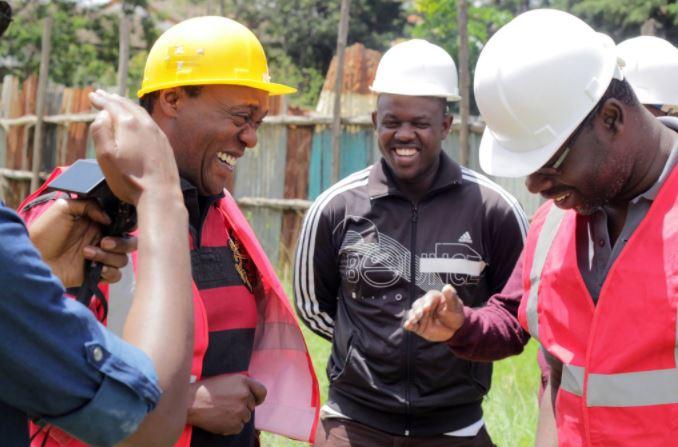 In a tweet sent out from his official page, Koinange publicized his intentions to rename a library after the fallen hero.

We were just about to launch the Jeff Koinange Library at Mbagathi Girls in Kibra…In Honour of Ken, I will rename it Ken Okoth Library,” he tweeted.

He went on to express his sadness following the passing of a man he described as a true leader.

“A very sad day. Ken Okoth was a great man, a fighter and a great leader. Rest in peace bro, till we meet,” Koinange remarked.

The recently deceased Kibra MP had invested a lot in promoting education in Kibra, as well as creating various platforms for children to express themselves artistically.

Jeff also shared a video of himself alongside the late Okoth, as they toured the library that was still under construction on November 16, 2017.

The two had shared hearty moments on Koinange’s highly acclaimed TV show, where Okoth is remembered for the elaborate articulation of his overall dream for Kibra, a dream he fought for until his last breath.

Okoth was diagnosed with stage four colorectal cancer, a fact he chose to make public in February 2019.

Close sources revealed that once he was rushed to The Nairobi Hospital on Thursday evening, he requested not to be placed on life support, leading up to his sad demise on Friday afternoon.