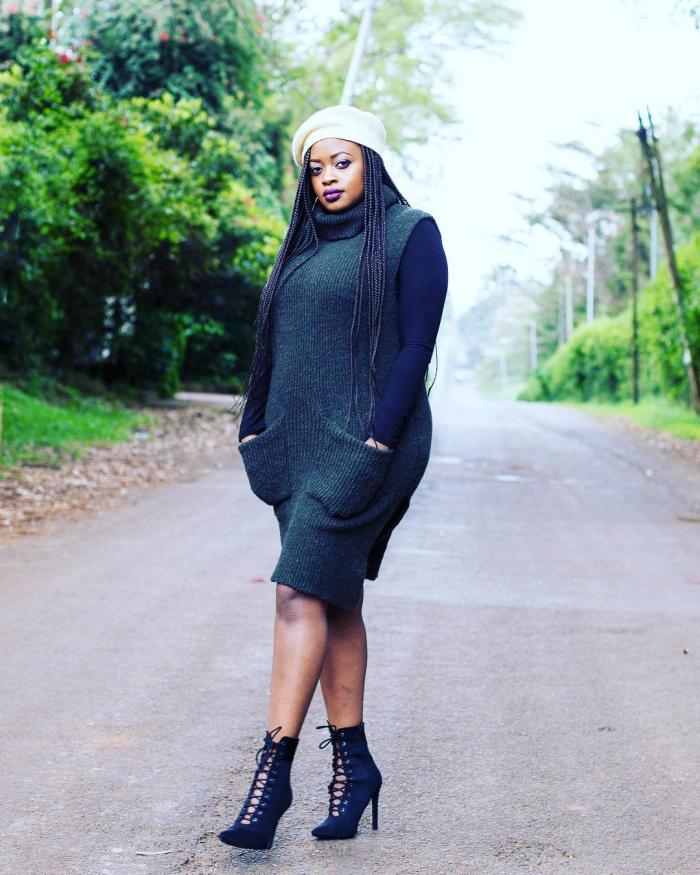 Tabitha Ndichu (sister-in-law to NTV show host Janet Mbugua), is a woman who has been to the very edge of sanity and lived to tell the tale of her remarkable journey.

Speaking on Grace Msalame’s Unscripted show, she made startling revelations of how her battle with fibroid led her to question God, as well as her reason for living.

“I used to have a 5-day period, but when it went to 10 then 14 days, I knew there was a problem. It reached a point I couldn’t sleep,” she narrated.

Her ailment was termed as symptomatic fibroids, meaning that these tissues had grown inside her uterine cavity, meaning that whenever she attempted to have child, the fibroids would compete with the foetus for nutrients, leading to miscarriages.

She went on to confess that she badly wanted to share a child with her husband, but her condition meant that it was well beyond her hands.

“I would do anything to be able to give him that baby, but I cannot do it. I always see how much he loves kids. The hardest thing to come to terms with is the fact that I might never be able to give my husband a child,” she disclosed.

During one of her darkest days after several unsuccessful treatments, she asked God to just let her sleep and never wake up.

“I would get into depression. I am tired of the pity party, I am tired of being angry at everyone. One day I even asked God to just let me not wake up,” a sombre Tabitha confessed.

The worst part of her precarious situation was that every single time she got pregnant, a little gleam of hope shone her way, only to end up losing the child each and every time.

“I was very angry at God, especially after my first miscarriage. I could not understand how he could let me go through this,” she remarked

She has since managed to accept her status, going on to channel positivity through Gods grace, she explained.

Tabitha is the founder of My Red Is Beautiful and also an advocate for women living with fibroids.