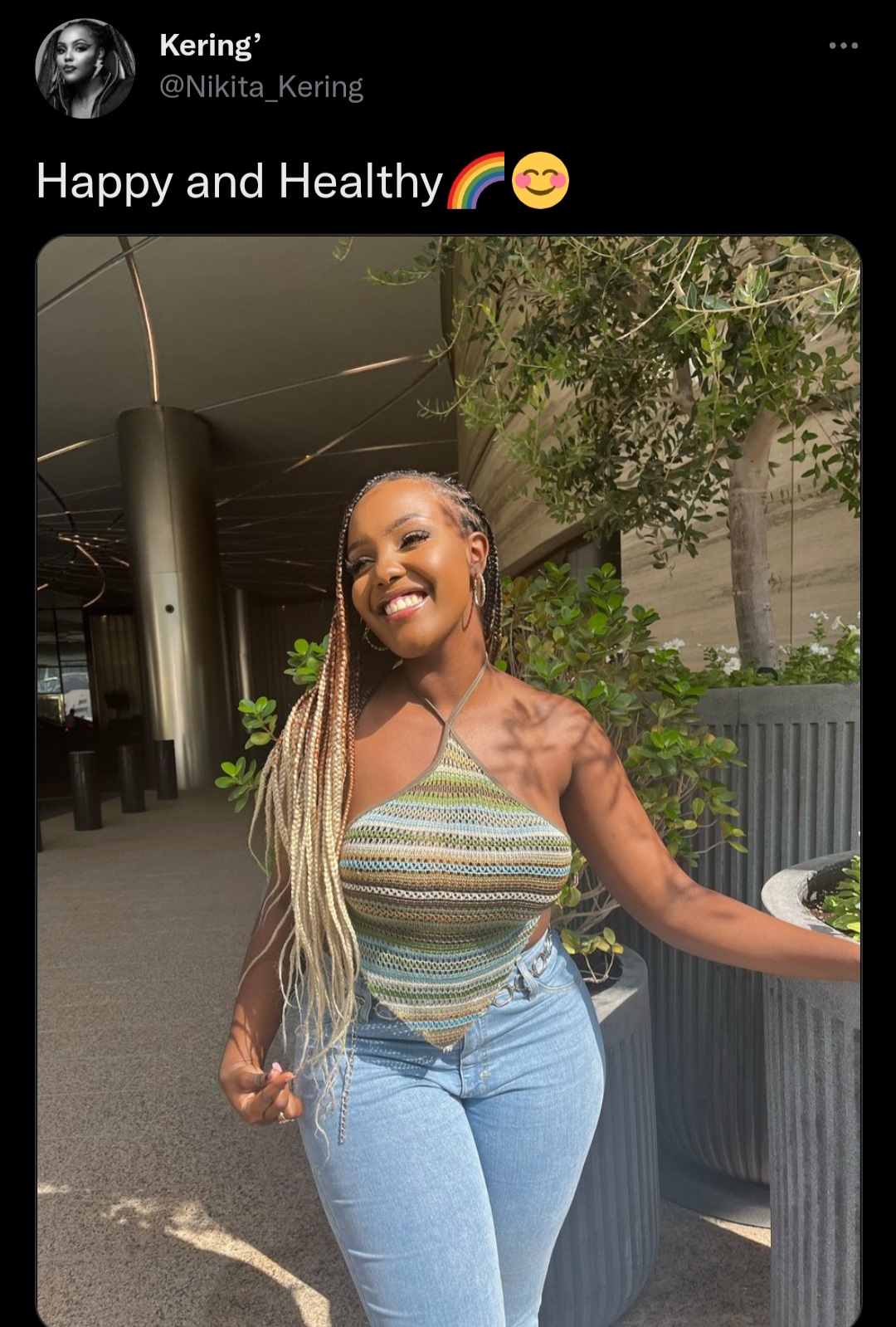 Nikita Kering has everyone talking after using a rainbow emoji to caption one of her latest posts; and as soon as it uploaded on Twitter…KoT could not keep calm as they pointed fingers “another one….we found another one” as if they are alien species on earth.

Well, for starters we cannot confirm whether or not Ms Kering is gay, bisexual or super straight – but someone once said all women have a bi-sexual trait hidden somewhere inside them….and i am thinking this could be true – I mean, look at Anita Nderu who came out using the rainbow emoji (just like Nikita kering did) and later on married a caucasian man.

Mmmh wondering why? Well – i hear caucasians dont judge their bisexual wives, its actually a way to strengthen the marriage.

Kering in the rainbow society?

Well as you have probably already seen on social, seems like everybody is now asking about Nikita’s sexuality – now that she hinted to be gay. 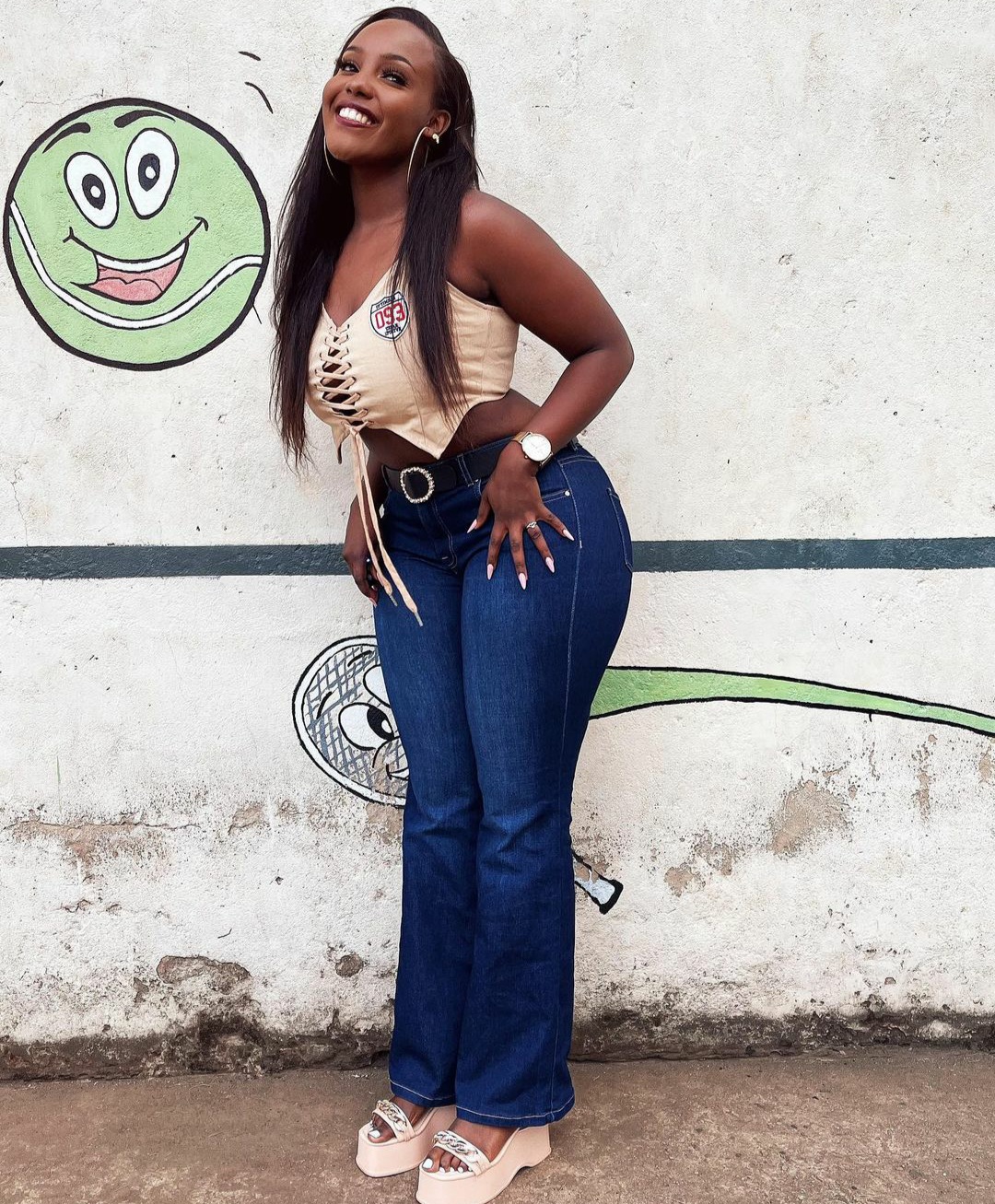 Come to think of it, Nikita has never been linked to any male celebrity or been spotted in the company of a guy we’d say is romantically involved with her….so what are the chances?

Anyway whether gay or not – I guess we are living at a time when the LGBTQ community is slowly getting accepted in the community; and whether you like it or not – they too are human, with human needs and as much as different as they are from yours….this doesnt make them any less special.