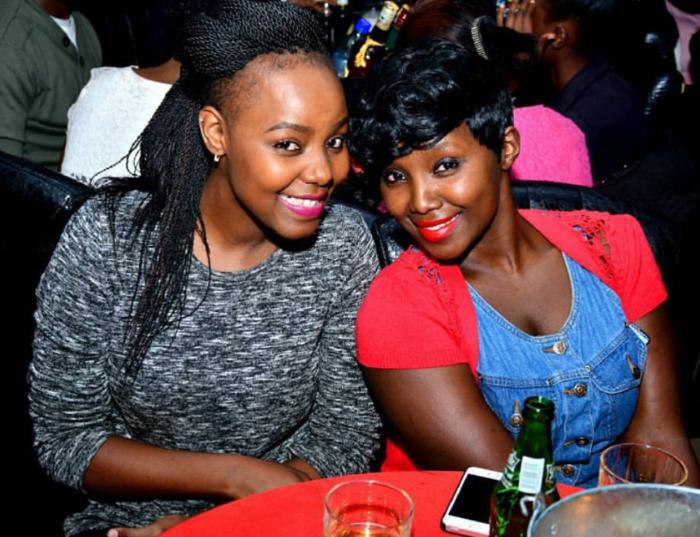 Kenyan famous mother-in-law actress, Idah Alisha (popularly known as Olive), opened up on her chastening experience in an abusive relationship.

In her video she posted on her facebook page titled dating an abuser, she confessed to having grown up with an abusive father.

“I was like three or four years old and I witnessed my dad being abusive to my mum. I have a sister, Jackie, she is eight years older than me, and I know she probably witnessed this longer than I did,” she narrated.

Her mum eventually walked out from her alcoholic father, a move the actress described as the best thing her mother ever did.

“We moved and we had a great life, my mum, God bless, did everything she had to do for us to have a great life and that’s why we are where we are,” she disclosed.

However, the abuse reared its ugly head once again during her adult life, when she ended up dating a guy who turned violent.

“The first time he slapped me I was like, wait a minute, it must be this mouth, I must have said something reckless that made him angry. We make excuses, we are like he doesn’t hurt like that. He said sorry and we moved on,” she confessed.

Her friends got a sense that something was wrong about the guy’s demeanour, but she ignored all their warnings.

“I met this guy, he was a prince charming. If anyone had told me anything else about him, I would have told them off. I have told this story to a few people. My friends told me I was in a relationship with a narcissist, but, being in love, you don’t want to hear anything negative,” she divulged.

The American-bases actress went on to disclose that scars from any form of abuse rarely disappear completely.

“Raising a child in an abusive household raises an abuser or a victim,” the actress reiterated.