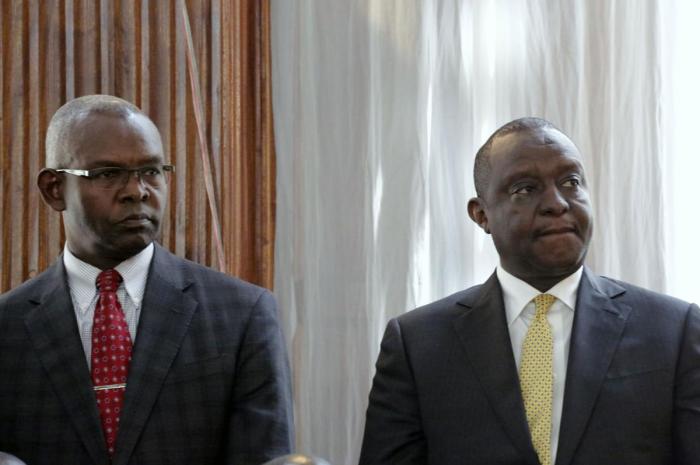 Suspended Treasury CS, Henry Rotich, instituted a number of last-minute measures to his save face.

A report by The Standard indicated that he saw his fate coming several months earlier.

As such, Rotich issued directives to help stem up the further build-up of wasteful projects such as the Arror and Kimwarer dam.

The publication states that he wanted to tame projects who’s results were not visible and eventually prevent his arrest.

However, this was not to be as the long arm of the law finally caught up with him.

The CS, alongside his Principal Secretary Kamau Thugge, as well as the Chief Executive Officer of NEMA,  Geoffrey Wahungu, presented themselves before the DCI after an arrest warrant was issued against them.

They availed themselves moments after the DPP declared that they were wanted persons over the Arror and Kimwarer dams scandal.

Rotich, Wahungu and Thugge were grilled further on the payment of Ksh20 billion to an Italian firm, CMC di Ravenna, for the construction of the two dams.