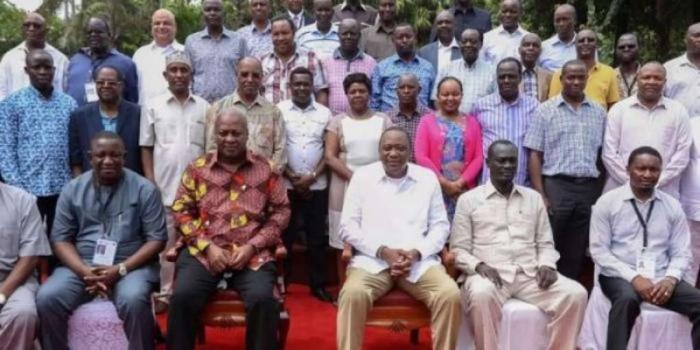 A Nyanza governor has broken his silence after reports hit the media that he pulled a plug on all his cabinet ministers after threats to impeach him surfaced in the county assembly.

Speaking to kenyagist.com, a representative from Nyamira County communications department, Miller Atuya Kefah, clarified that the Nyamira governor John Nyagarama did not fire the ministers perse.

Rather, he advertised for their positions because their terms were almost expiring and that members of the public were free to take up the positions.

He further explained that even the office holders were free to re-apply for their positions indicating that similar applications criteria would be applied on them without favour.

“The CECs’ contracts are ending next month on second so, in his wisdom, the governor advertised those positions. Ideally, the constitution gives the governor the power to handpick the cabinet as he so wishes.

“He will, however, present it to the assembly for vetting,” explained Kefah.

“The outgoing ministers are free to apply again and if they get shotlisted through the committee he has formed. If they are successful, he can give them another contract. if they are not, they won’t get the job,” he continued.

The noticed specified that all interested candidates were to apply by October 11.

Various media outlets had reported that the reason the governor resorted to the decision was because MCAs had threatened to impeach him.

Without mentioning names, the paper went on to add that the move was aimed to punish two ministers.