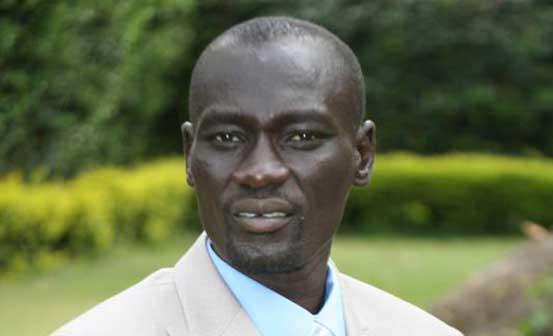 Turkana Governor Josphat Nanok spoke out on Tuesday after reports indicated that he had been admitted at The Nairobi Hospital after allegedly suffering a mild stroke.

A report by The Nation revealed that the Governor was fine and was home with his family.

The Council of Governors (CoG) also issued a statement urging all to ignore the news about Governor Nanok’s health.

“Josphat Nanok is well and is currently at his home having dinner with his family,” the council stated.

In a message quoted by the Star, the county head stated, “Colleagues. Ignore social media about me. I do not have a stroke and nobody should wish I have one!

“I was unwell last week and admitted majorly to undertake medical tests which turned out to be good. Still on medication but able to attend duty.”

Earlier reports by The Star indicate that the county head was rushed to the hospital on Monday of the previous week.

A source quoted by the publication disclosed that the governor had complained of abdominal pain and facial weakness.

“An endoscopy was done and an MRI scan. He was immediately put on physiotherapy as it was suspected to be a mild stroke on the left side of his face,” The Star revealed.

The publication further alleged that the governor was on his way to Nairobi for an official function but developed complications mid-flight.

“He left here in good condition and there were no signs of sickness. On arrival in Nairobi, we were informed he had developed a situation and had to be admitted at Nairobi Hospital,” the source divulged.

Another source stated that the governor was in good condition and recuperating well.

On Monday, Nanok, through his social media, revealed that he had visited Dr Laboso on Friday night.

“It is with sadness that I have received the news of the death of Bomet Governor Joyce Laboso whom I have known and worked closely with since our time as MPs in the 10th Parliament.

“I visited her in her ward on Friday night and prayed together with the family and other leaders for her recovery,” he conveyed on Monday.