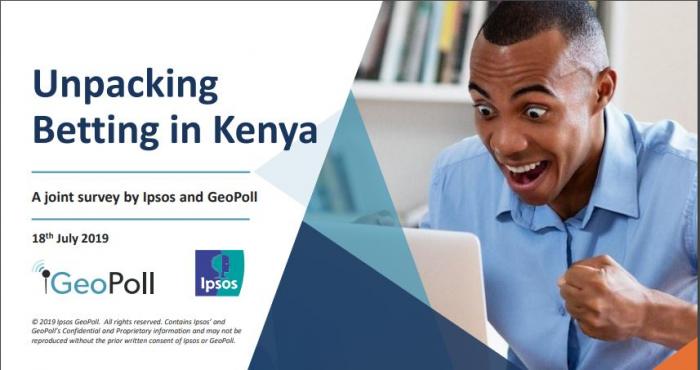 Despite the government crackdown on betting firms in the country, gamblers are not bowed as they are searching for alternative channels to place their bets.

According to a poll done by IPSOS in conjunction with GeoPoll. the unemployed lot (28 per cent of bettors) are likely to seek alternative betting channels.

The report, titled ‘Unpacking Betting in Kenya’, also notes that bettors are unhappy with the suspension of betting with one out of five, saying they will never watch a major football tournament again.

“Whilst 40 per cent of bettors intend to save this money, 60 per cent intend to spend it, either on other items (35 per cent) or other betting channels (25 per cent)” the report read in part.

However, poor, hard-nosed punters are not about to be dissuaded from the ‘vice’.

The poll found out that the gamblers from households that earn more than Ksh77,000 were more likely to spend their money on betting.

Reports from the polls indicate that at least 45 per cent of the bracket would place bets on alternate platforms.

The government has been on a warpath with the firms in a chronological system with events that made it hard for some companies to survive.

On July 10, the Betting Control and Licensing Board ordered telecommunications firms to suspend pay bill numbers and shortcodes for 27 betting firms.

July 11, bettors were given up to the night of July 12 to withdraw money deposited in sports betting companies’ wallets or lose it.

Come July 12 and Digital lenders refuted claims that their borrowers were using loans for gambling.

On July 16 the government deported 17 foreign directors of gambling company it said were illegally engaged in the business.

Bettors are now being bombarded with promotional messages from the remaining betting site and also from some new ones enticing the gamblers to jump ship.