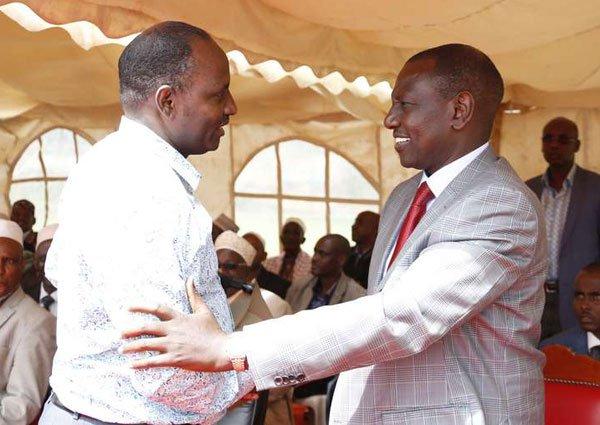 It’s not every day that you come across a Kenyan politician who manages to fly under the radar.

However, this is exactly what the newly-appointed acting Treasury CS, Ukur Yatani has managed to do for the past 17 years.

Prior to his appointment to the ‘hot’ finance seat, the Marsabit native mostly went about his business as the country’s Labour CS, without causing as much as a ripple.

Born in Forole, North Horr sub-county in 1967, the bright youngster zoomed through school, culminating in a Master of Public Administration and Public Policy award, from the New York University in the UK.

Yatani career in government started back in 2002, when he landed a job as a District Officer (D.O).

Astonishingly by July of the same year, Yatani had blasted through the ranks, ending up as the District Commissioner (DC) in record time.

In 2006, the fast-rising government administrator heeded the call of his constituents, by vying for the position of Member of Parliament for North Horr constituency, a seat he easily captured.

It was during this period that the promising statesman landed his first stint in the cabinet, serving as the Assistant Minister, Ministry of Science and Technology.

Three years later, the MP was named Kenya’s Ambassador to Austria, with accreditation to Hungary and Slovakia. He also served as Kenya’s permanent representative to the United Nations in Vienna during this period.

Flash-forward to 2013, and the experienced diplomat easily captured the gubernatorial seat in his native Marsabit county.

Barely five years later, the governor’s diligence and loyalty was rewarded, as President Uhuru Kenyatta swore him in as Cabinet Secretary of the Ministry of Labour and Social Protection.

Currently, the Labour CS has to juggle between two ministries, following his recent appointment as acting Treasury CS.