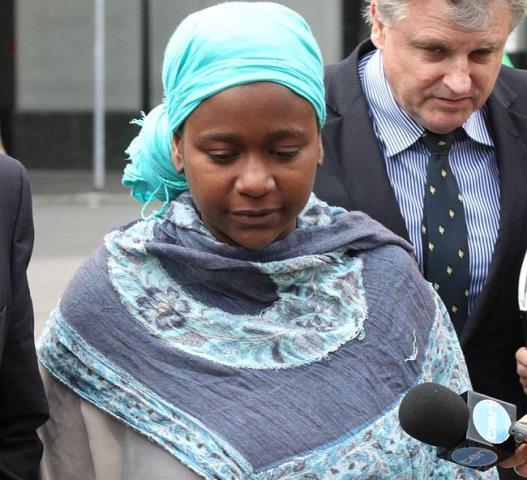 Former KTN presenter, Esther Arunga, was on Thursday reunited with her two daughters after her sentencing in Australia.

The three had been separated five years ago when Arunga was accused of being an accessory to the murder of her three-year-old son, Sinclair Timberlake, in June 2014.

The young family was separated when the two girls, then aged two years and the other six months, were taken to foster care as police investigated their parents in connection with the boy’s death.

A court in Queensland, Australia, handed Arunga a 10-month prison sentence on Thursday but immediately freed her on parole.

Australian Associated Press news agency noted that Justice Martin Burns was sympathetic to her situation at the time she spoke to the police investigating her son’s death.

“You must be taken to have been in shock at the death of your son, at the time you were interviewed and further to be grieving at your loss,” he announced.

He further concluded that her husband, Quincy Timberlake’s cultural beliefs, played a factor and she had suffered a “great deal” during the five years since her son died.

“You went from being a wife and a mother, who was at that time nursing a six-month-old baby, and who was trying to establish your young family in a new county, to losing your son, husband and daughters,” ruled the judge.

On Monday, Arunga confessed to the court that her husband, Timberlake, had hit their son in the stomach and thrown him against a wall during a botched “exorcism”.

This came after the former presenter lied to Australian police about the circumstances that led to her son’s death.

She had earlier claimed that Sinclair had fallen down the stairs in their family home, while a post-mortem report showed that he had suffered a fatal injury caused by blunt force trauma to the abdomen, consistent with a punch.