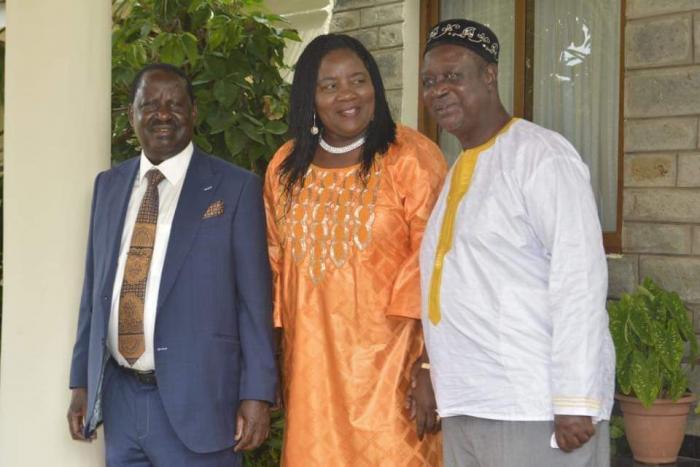 The Ethics and Anti-Corruption Commission (EACC), on Friday, announced that it had recovered land that had been illegally acquired by Raila Odinga’s brother, Oburu Odinga.

The land was one of two parcels grabbed from Kisumu Railways valued at Ksh60 million.

The case dates back to 2010 when EACC filed the case against the EALA MP accusing him of acquiring a half-acre piece of land in Kisumu owned by the State corporation.

He was accused of colluding with Baringo Central MP Sammy Mwaita to defraud Kenya Railways of the half-acre piece of land.

In 2017, Oburu filed an application seeking to have the suit thrown out, a request which was dismissed by Kisumu High Court judge Stephen Kibunja.

The legislator had divulged that the EACC had taken too long to prosecute the case.

“The EACC has in their endeavour to show cause, why the suit should not be dismissed, explained that it took time to comply with the requirements of order 11 of civil procedure rules that required total disclosure of the parties’ case by recording, filing and serving the witness statements and documents.

“Though Dr Odinga has shown that the EACC took more than one year to take steps towards prosecuting their case, the explanation offered by the EACC, and the steps so far taken towards complying with civil procedure rules makes the court find and hold that a dismissal order is not the way to go in this case,” Mr Justice Kibunja ruled at the time.

In court documents filed by the EACC, Oburu is said to have wrongfully procured the land in 2001.

The land had been surveyed in 1935 and set aside as part of the railway reserve and later handed to Kenya Railways.