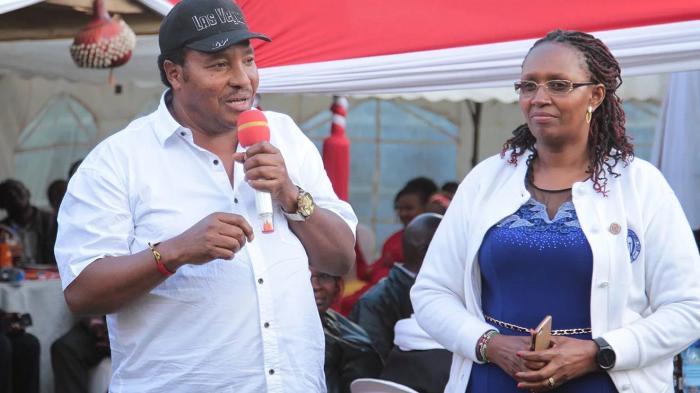 The Ethics and Anti-Corruption Commission (EACC) has urged Kiambu Governor, Ferdinand Waititu, who is reportedly in hiding, to turn himself in.

In a statement, the agency asked the county boss to present himself to Integrity Centre as soon as he can.

The governor’s wife, Susan Wangari Ndung’u, and five other people, who are being investigated in connection with the disappearance of Ksh588 million from Kiambu county coffers, have also been asked to surrender.

EACC and DPP Noordin Haji want Waititu, together with his co-accused, to answer questions relating to the awarding of a tender for the upgrade of roads in Thika, Limuru, Gatundu North, Juja and Ruiru sub-counties.

The tender was awarded to Testimony Enterprise Limited.

Sleuths believe that the owners of the said company are close associates of the first-term governor.

Testimony Enterprise Limited was also given a tender to supply various goods and services to the county government and paid another Ksh74,216,444.40.

Bank records show that Ksh25,624,500 was transferred to accounts which are directly linked to Waititu.

Part of the money was used to purchase the Bienvenue Delta Hotel which is owned by the governor and his wife.