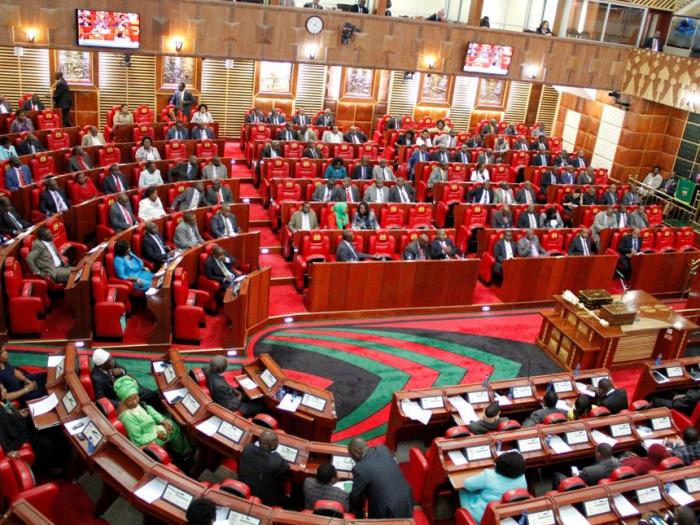 Leader of Majority in the National Assembly, Aden Duale, on Tuesday, communicated on a communal move to honour the recently deceased Kibra MP, Kenneth Okoth.

Speaking in Parliament, Duale noted that each member would contribute Ksh 10,000, to be used to facilitate the late MP’s funeral.

The Garissa Township MP announced that he would make the same request to the Senate, as the last sign of respect for their former colleague.

“As the tradition has been in this house, that when one of us leaves, myself and the leader of minority writes to the clerk so that each and every one of us pays Ksh 10,000 towards the funeral expenses,” he announced.

“Kenneth was a decent politician, a vivid debater and performing Member of Parliament. Condolences to his family, friends, relatives & the people of Kibra,” Duale remarked.

The vocal leader went on to point out the scourge of cancer, stating that it was responsible for countless deaths within the country and that more should be done to curb it.

“I am a living example of someone who lost his sister to cancer, so I know how devastating it is to lose a loved one to the disease,” he disclosed.

He urged his fellow legislators that the time to act against the diseases was now, adding that it was the time they passed deliberate legislation to tackle cancer head-on.

Both leaders passed away after bruising and eventually life-ending battles with the dreaded disease.