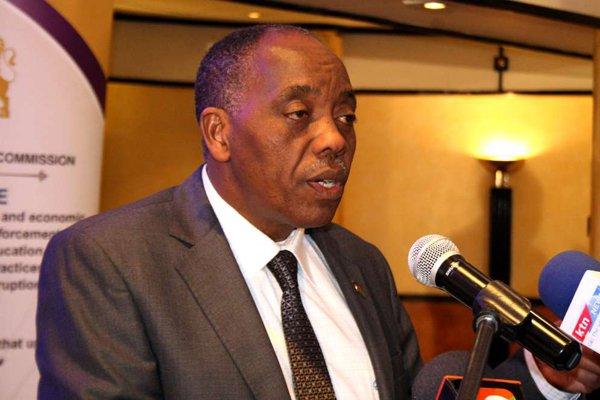 On Monday, DPP, Noordin Haji, wrote to the Head of Public Service, Joseph Kinyua, ordering the suspension of government officials facing prosecution over the multi-billion-shilling Kimwarer and Arror dams scandal in which officials conspired to steal over Ksh17 billion.

Haji, who said the move will signify the renewed fight against corruption, added that more charges will be brought as investigations continue locally and abroad, as reported by Nation.

“Individuals already found to have played a part in the scandal will have to leave office immediately.

“We are continuing with the investigations with the help of investigative agencies from Italy and the United Kingdom, which will result in more charges,” Haji stated.

On Monday, the DPP ordered the prosecution of 28 individuals, among them officials from the National Treasury, Ministry of East Africa Community, National Environment Management Authority, Kerio Valley Development Authority and Inspectorate of State Corporations.

As expected, it was a moment of high drama as the DCI executed the arrest order against the high-profile suspects.

Nation reported that it had taken the DCI eight months of investigations and it was assumed some of the suspects knew what was coming their way.

By Monday evening, seven of the 28 suspects were already in custody being processed for presentation in court on Tuesday morning.

The rest were still on the run, hoping to either show up in court without spending a cold night in the cells or avoid facing justice altogether, an option the DCI said was not on the table.