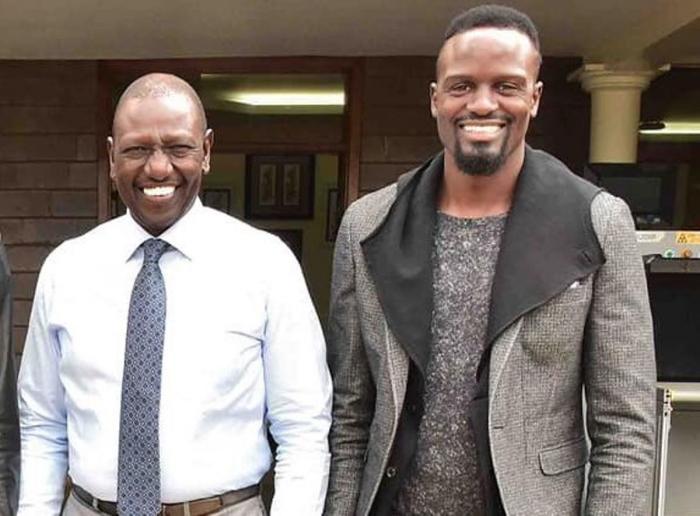 Deputy President William Ruto on Tuesday, October 1, opened up about the claims that the Kibra by-election was a supremacy battle between him and ODM leader Raila Odinga.

Ruto noted that the November by-election was an opportunity for Kibra residents to elect a leader who would serve them for the following three years and not a contest between top leaders in the country.

“Let no one confuse you that the Kibra by-election is a contest between Raila, Ruto and Musalia Mudavadi. The contest in Kibra is between McDonald Mariga, Eliud Owalo, Imran Okoth and the rest,” DP Ruto stated.

He also cautioned politicians involved in the by-election against incitement, urging residents to exercise their democratic right without interference and peacefully.

The DP was speaking at a hotel in Nairobi, during a meeting with members of the Divine Church of Africa led by MCA Solomon Magembe who ditched ANC’s Eliud Owalo to back Mariga.

Ruto further noted that the fight between him and others, if there would be any, was still very far away and wasn’t the one in  Kibra.

“If there will be a contest between Raila, Mudavadi, myself and others, that will come another day so don’t let anyone lie to you,” the DP added.

This came barely a day after former Kakamega senator Boni Khalwale laid bare what he calls Odinga’s plan to drag Ruto into an unfair battle in Kibra.

The bullfighter lashed out at Odinga on Tuesday, October 1, arguing that he was out to create tension in Kibra ahead of the by-election.

“There is a deliberate effort by the Orange Democratic Party to pull the DP into Kibra so that they create a contest between the DP and the former Prime Minister.

“We will not take that invitation the fight in Kibra is between the contestants. Remember DP Ruto has never set foot in the area,” Khalwale claimed.

Khalwale sentiments were in line with what the DP stated opting to stay clear of the footwork during the campaign.