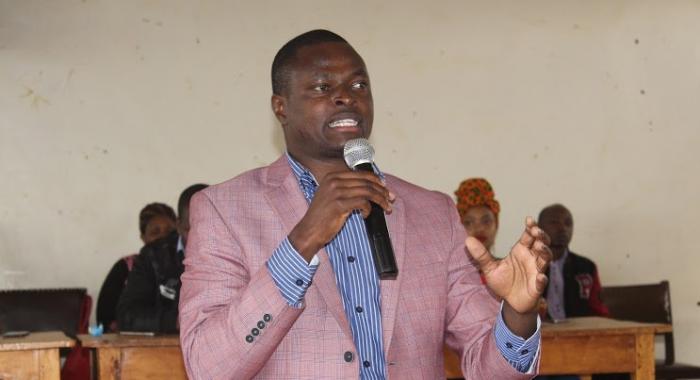 Speaking at a press conference, Rutere made it clear that if the legislator failed to surrender himself to the nearest police station, they would embark on hunting him down and taking him into custody forcefully, K24 reported.

“We are hunting for him and we shall not rest until we get him,” the Murang’a DCI boss announced.

Kinyua strongly condemned the actions taken by Nyoro and his loyal followers, adding that a formal investigation had been launched to ensure each and every culprit was held responsible.

“The MP and his entourage of rowdy youth roughed up police officers and made their escape,” read an excerpt of NPS’s press release.

CPC Kinyua also revealed that his officers had made concerted efforts to try and pacify the situation at the church before it got out of hand, but the member of the national assembly simply refused and tried to hijack the fundraising event.

“Police officer on coverage of the event responded to the ensuing melee but their efforts to restore calm were frustrated as their plea to have the MP leave quietly were ignored,” read a section of the statement.

On his part, the legislator, speaking for the first time since his dramatic escape for the police at the Citizen TV studios on Monday, claimed that his recent woes were linked to his hard stance on opposition party leader Raila Odinga.

“I cannot be forced to support Raila nor will I push any of his agendas in my constituency via the use of hired guns,” Nyoro asserted.