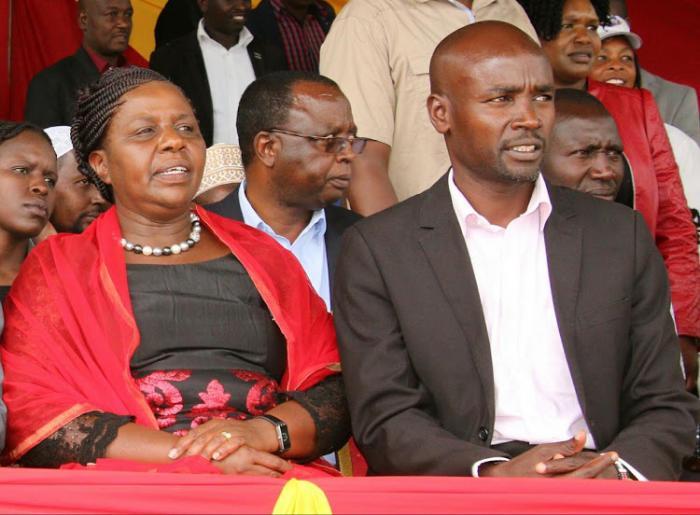 Deceased Bomet Governor, Joyce Laboso, was not one who cherished honorary titles from locals.

This was made evident on one ocassion on Dec 30, 2017, when she asked residents not to refer to her as ‘excellency’.

Laboso, who was among the first three female governors in the country, stated that her main concern was quality of service and not the big title.

Past reports by Daily Nation stated that, she appeared to go against the preference of most of her colleagues who felt direct reference without ‘your excellency’ is disrespectful.

“I am not interested in designated (special) seats being ferried from one function to another. I will be sitting on any seat being used by the other members of the community,” she declared.

She spoke during a clean-up exercise of Bomet Green Stadium, a campaign meant to rid the town of plastic bags and other waste.

During the excercise, Laboso was accompanied by her deputy Dr Hillary Barchok and Bomet County Commissioner Erastus Ekidor.

The 58 year old is reported to have lived a very inspiring life, which she received endless praises for.

Her political career began when she succeeded her sister, the late Sotik MP, Lorna Laboso, who died in a plane crash in 2008.

Vying on an ODM ticket, she garnered 23,880 votes with a margin of 10,000 over her closest challenger, retired Brigadier Alexander Sitienei (a former aide to Daniel Arap Moi), who received 13,843 votes.

During the next General Election, in 2013, she decamped to URP and upon retaining her seat in Parliament, she was elected as the Deputy Speaker of the National Assembly.