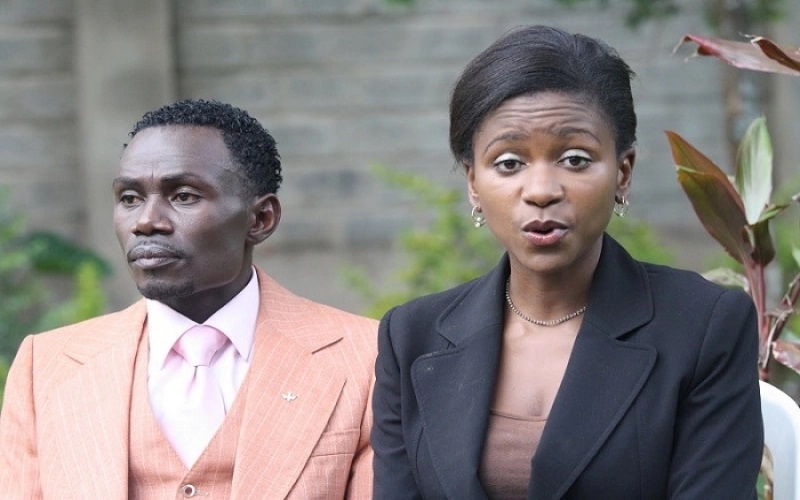 Esther Arunga’s story has many times been touted as that of someone who had been taken from the heights of excellence and dragged through the mud.

After parting ways with KTN in 2009, her life started becoming submerged in upheavals, and from the once vibrant news anchor, she became a pariah of sorts.

Her tumble to the bottom began when she met a preacher and Jazz musician by the name of Joseph Onyango Omondi Hellon, with whom they stayed together for a while.

In a press conference with KTN in February 2010, Arunga dismissed the questions by journalists who wanted her to shed a light on her decision to live with a man whom she was not married to.

“I’m an adult. I can stay wherever I want and with anyone I want and I choose to stay where I want,” she stated.

She had moved in with Hellon just a few months after parting with her then-boyfriend Wilson Malaba and having shut the door in her parent’s face on her way out.

Hellon had brokered the relationship between Arunga and Malaba, which ended acrimoniously just two months before their planned wedding.

The popular opinion of that time was that Arunga and Hellon were having an affair, a matter that fuelled curiosity given their political ambitions under an outfit that they called the Placenta Party.

“Everybody has their own free will under God. We are two adults, and she has the freedom of association and can stay with me,” Hellon stated in his defense.

The journalist who was reporting on the segment was quick to dismiss Arunga as having no ties whatsoever with the media house.

Less than a month after the press conference, Arunga announced that she had fallen in love and was married to Quincy Timberlake, who at that time was in prison, a relationship that was allegedly brokered by Hellon again.

A few years later, Joseph Hellon distanced himself from Quincy Timberlake referring to him as a “conman and a cybercriminal.”

By then the couple was in Australia, having fled from ‘political persecution’ that Arunga claimed that they were undergoing.

Not long after, Timberlake was found guilty of the death of their son, Sinclair Timberlake, and sentenced in an Australian jail.

On July 15, 2019, Esther Arunga pleaded guilty to being an accessory to the murder of her son. She also admitted to lying to the police so as to help her husband avoid punishment, and was given a non-custodial sentence.