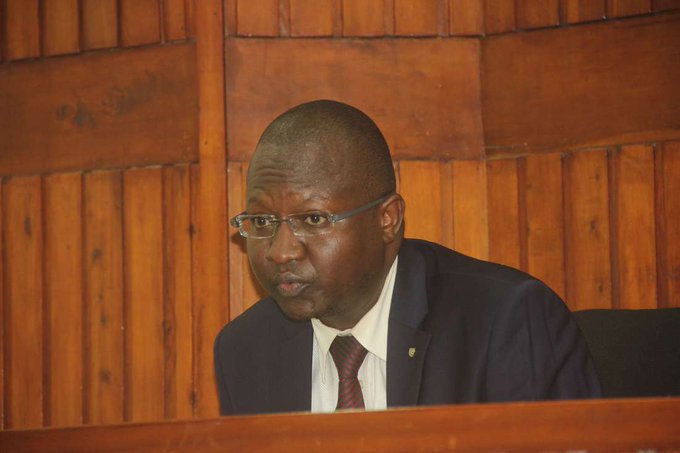 The High Court in Mombasa on Monday, September 9, temporarily halted the prosecution of Chief Magistrate Edgar Kagoni over the loss of Ksh 30 Million heroin exhibit, the Daily Nation reports.

The Mombasa Principal magistrate had gone to the court seeking an injunction against the DPP who had indicted him and 3 others with obstruction with intent to defeat justice and aiding and abetting trafficking of narcotic drugs.

The drugs reportedly belonged to Hussein Massoud Eid, who was convicted by Kagoni in June 2018 and was jailed for 30myears and finked Ksh90 million.

The loss of the exhibits, according to DCI happened on July 2018.

Mombasa Chief Magistrate Evans Makori was the alleged whistleblower in the case that exposed the principal magistrate, leading to his arrest.

It is reported that Makori wrote to regional DCI boss Washington Njiiru on August 8 to request investigations into the exhibit that was reported missing from the exhibit store on July 26.

In the letter, Makori stated that the exhibits of the criminal case no 468 0f 2018 Republic verses Hussein Massoud Eid and two others went missing between June 28 and July 26.

After weeks of Investigations, Kagoni was arrested and arraigned at Kilindini Police Station.