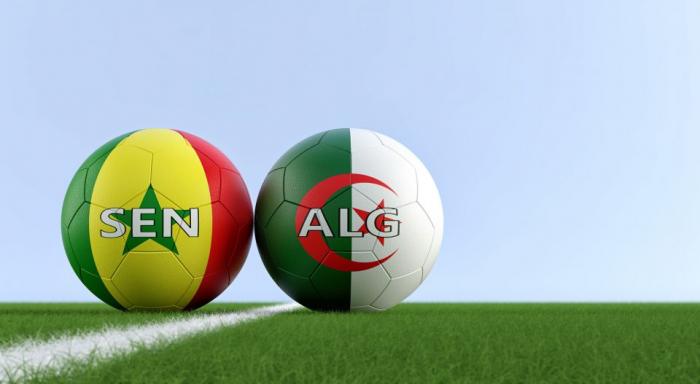 The curtains at AFCON 2019 are set to come to a climactic close on Friday, after what has been a breath-taking 29 days of unscripted drama.

51 matches, 101 goals, 861,713 attendees and magical moments such as Riyad Mahrez’s last gasp winner against Nigeria, have all led up to the grand finale, at the 74,000 capacity Cairo International Stadium, Egypt.

The Lions of Teranga (Senegal) are set to come up against the Desert Foxes (Algeria), in what is mounting up to be the best match yet.

The garnishing of it all is seeing two of the Premier League’s top players go head-to-head.

Algeria captain Mahrez won the Premier League with Manchester City in the 2018-19 season, with Senegal’s Sadio Mane, a key part of the Liverpool team that conquered Europe in the same season.

It would be fairly accurate to state that Kenya actually played a huge role in setting up this tantalizing final.

Before you start heckling, bear with me for a minute, Harambee Stars (Kenya), was actually pitted in what was dubbed ‘the group of death’.

They came up against both finalists and actually gifted them points, that set them on their way to the final: Had Kenya actually managed to draw against either one of the teams, who knows; we would be reading from a different script.

That aside, it has been a month to savour and as much as its conclusion has a bitter-sweet taste, it’s still an end worth its weight in gold, as it features, arguably, two of the best teams at the biennial tournament.

It has been a tournament where dreams have come true, with Lawrence Masira (Kenyan boy who was awarded by Arsenal star Mesut Ozil) getting to walk out of the tunnel, at the 30,000-seater Al-Salam Stadium in Cairo, as a player escort for the Tunisia vs Madagascar clash.

Similarly, Natasha Angela Nyakinyua, was gifted with a similar role after emerging as the lucky winner in a Co-op Bank draw. She won for using her Jumbo Junior card to pay for goods and services.

Together with her mother, Virginiah Wamaitha Mbugua, Natasha was flown out to Egypt, and gets a chance to walk out one of the teams.

She is set to join millions of football fans, who will be glued on one thing and one thing only on Friday night, Senegal vs Algeria.

This includes two other lucky Kenyan best friends, Josephat Nyakundi and Nicholas Okumo Ouma, who ended up with a free pass to Cairo probably for paying for goods at a supermarket, fuelling  at a petrol station, or settling a bill at a restaurant using the Co-op Visa card.

The stage is set for a riveting encounter, with Senegal missing their Talismanic centre-back, Kalidou Koulibaly (who’s been courted by every top team in the world right now like a hot chic at a bar).

Some interesting stats for you: Algeria has shipped in the least amount of goals (2), and scored the most (12) at the tournament, while their West African opponents have the most clean sheets (5).

In terms of the tournament’s golden boot, at the moment, Nigeria’s Odion Ighalo boosted his chances at landing the coveted shoe, with five goals so far.

However, Mahrez and Mane are hot on his heels, as they both have 3 goals each.

Senegal’s star forward, Mane, stated that he would willingly swap his Champions League winning medal with Liverpool, for winning the Africa Cup of Nations on Friday – tells you just how big and prestigious the shiny trophy for the continent and its football crazy citizens is.

As you go out to watch the tourney, don’t forget your Co-op Visa Card that allows you to pay for stuff at no extra cost. But most importantly, enjoy the game!