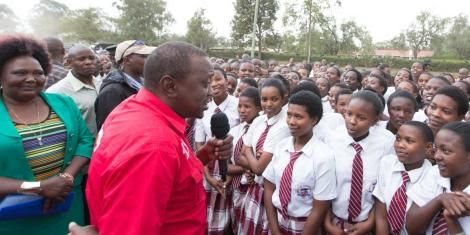 Hundreds of students from Maasai Girls School staged a walkout at the institution protesting alleged molestation by a male teacher at the school.

Learning at the public girl’s school located in Narok came to a standstill on Tuesday after over 700 students at the institution protested the alleged sexual assault by the male teacher.

The incident is the latest case in a worrying trend across schools in the country where students have reported to have been sexually assaulted by male teachers withing their learning instititutions.

This comes just hours after Moi Girls School in Nairobi was reopened, a week after it was closed following a student rape incident that caused a huge uproar and anger nationally.

Education Cabinet Secretary Amina Mohamed. She has directed that trainers and coaches in all public schools must from now on be teachers with a TSC number. (Twitter)

The government has also dissolved Moi Girls’ School Nairobi’s Board of Management and Parents Association with immediate effect with the CS announcing that all staff will be vetted afresh.