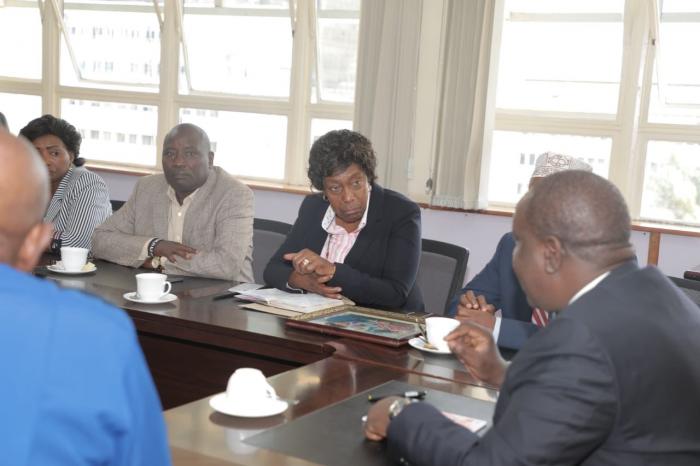 This was in response to the rising tension between the residents of Kitui county and herders from neighbouring communities.

“I have today led the leadership of Kitui County in a meeting with Interior Ministry Cabinet Secretary Dr. Fred Matiang’i and the country’s top security leadership, over banditry attacks in Kitui particularly along the borderlands of Kitui South and Kitui East,” read an excerpt of Ngilu’s statement.

Following extensive talks, the group settled on five courses of action to be implemented immediately in a bid to curb the escalating tension.

Firstly they agreed to move back non-residents from the borderline and have a cutline, for there to be a lasting solution to the insecurity that is afflicting our people.

They also settled on having a permanent Police presence in the affected and borderline areas to enforce security and tackle occasional conflicts.

Thirdly, the panel resolved that people living in the Kitui South game reserve should vacate immediately irrespective of where their community.

In a bid to minimize the constant conflict between the herders in pursuit of water and grazing grounds and local residents, they also agreed that the National Government would run a drought mitigation program in partnership with the three County Governments of Kitui, Tana River and Garissa by drilling boreholes.

They concluded that once completed, it would be easy to flush out criminal elements in the affected areas.

Lastly, the special sitting agreed on a 6-month test period, after which they’d review the effectiveness of their action plan.