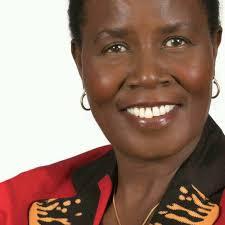 it is said that we do not “get over” a death. That learn to carry the grief and integrate the loss in our lives. In our hearts, we carry those who have died. We grieve and we love. We remember. Kenyan politicians haven’t been spared from the death of a child with five of them losing sons.

The 39-year-old described by his mother as the only apolitical member of the Kones family sent his mother a text message minutes before he took his own life.

Doctors said that Collins, the second-born in the family of four, died at the War Memorial Hospital’s Intensive Care Unit in Nakuru, where he was rushed moments after he attempted suicide in March 2019. Collins is survived by a young family.

According to The Nairobian, Collins was bipolar and that on the night of his death, he took about 20 tablets of the drugs he used to manage the bipolar condition. The dosage was a tablet a day. He was buried on March 9, 2019, at Kaporuso Village on Bomet East.

35-year-old Chris Masakah Shinali, a soldier in the US Marine, is reported to have died in a swimming pool while trying to save a baby in Arizona State in the USA while on holiday. The son to Ikolomani MP Bernard Shinali was the lawmaker’s firstborn.He died on July 26, 2019.

A relative who spoke to the press wondered how a US marine can die through drowning when his job entails swimming.

There was a stir in the family during the burial of the marine. His mother, Petronila Muyanza raised protests that she had been excluded from the burial of Chris. The 52 year old cautioned girls not to get into early marriages since that is what led to her dropping out of school. She was later included in the burial arrangements.

Ivar Makari Kitui, the former head of KissTV and son to Dr Mukhisa Kitui a former parliamentarian and the current Secretary-General of the United Nation Conference on Trade and Development, met his untimely death at his home in Roselyn Gardens.

The 30-year-old had spent time with friends on June 30, 2015, before he went home to rest. His wife was attending a party at Kitsuru where she used to teach when the younger Kitui met his death.

Ivar’s lifeless body was discovered lying in his bedroom by his wife on Saturday, June 30. A tennis player of repute and Mukhisa’s eldest son, the deceased worked in Norway at the NRK before moving back home to Kenya to set up a production company, Black Viking Productions.

Makari is said to have been keenly interested in the crime and thriller genre as well as motivational drama.

Eleven years ago, former Rongo MP Dalmas Otieno lost his son after a helicopter crashed and landed on the 23-year-old who was walking to the post office in Canada. Isaih Otieno was a student at the College of Rookies in Cranbrook Canada.

The former MP said he spoke with Isaiah through a phone call an hour before he met his death. He said that he learned of his son’s death via e-mail, when friends of his son used Isaiah’s e-mail address and sent a message that was copied to a brother. He said they were later formally informed by Canadian authorities.

Three men in the helicopter were also killed instantly when the chopper faltered and slammed into the street: pilot Edward Heeb, 57, and BC Hydro employees Dirk Rozenboom, 45, and Robert Lehmann, 37.

ODM party leader Raila Odinga, on January 4, 2015, lost his firstborn child Fidel Castro Odinga who was found dead in his Karen home after a night of drinks with his friends.

In January 2019, Fidel’s mother, Ida Odinga, took to social media and paid a tribute to her son. The family said they remember Fidel as “a loving son, a protective brother, a doting father and loyal friend.”

“Today is always painful because, once more, it is a reminder that life is sometimes rough, although we were blessed with years with you.

“Our time together will never be enough. We will always remember you with affection, warmth and love,” read the tribute. Fidel was buried at Opoda farm in Bondo beside his grandfather Jaramogi Oginga Odinga.