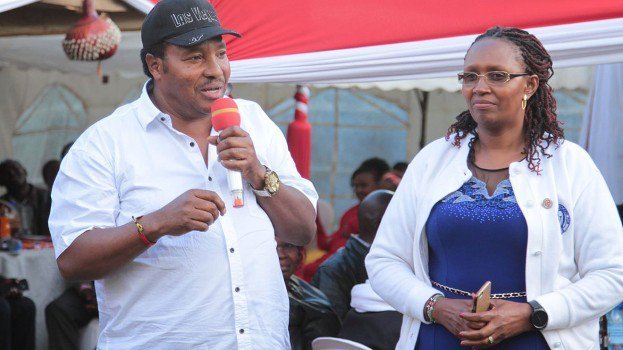 Kiambu Governor, Ferdinand Waititu, on Sunday, presented himself at the Ethics and Anti-Corruption Commission (EACC) offices in Nairobi.

The county boss had gone underground since Friday night when DPP Noordin Haji ordered for his arrest over the disappearance of Ksh588 million from Kiambu County coffers.

However, attempts to locate him bore no fruit as he remained untraceable until Sunday morning when he turned himself in.

It is now emerging that Waititu devised a number of strategies to stay under the radar for two days.

A report by Sunday Nation indicated that the governor stayed away from his three known residences in Runda, Garden Estate and near Ridgeways on Kiambu Road.

An EACC officer, who spoke to the publication on condition of anonymity, disclosed that they had a tough time finding Waititu.

“We are still looking for him, he has not been traced since Friday night. Officers have been checking his homes but he is not there,” he stated.

Waititu also eluded joints that he often sighted at in Nairobi’s Central Business District (CBD) as well as Nakuru town.

Lastly, the first-term governor switched off his phone and left it at his Runda home.

According to Nation, detectives also discovered that the mobile phones of his aides and close family members were also unreachable.