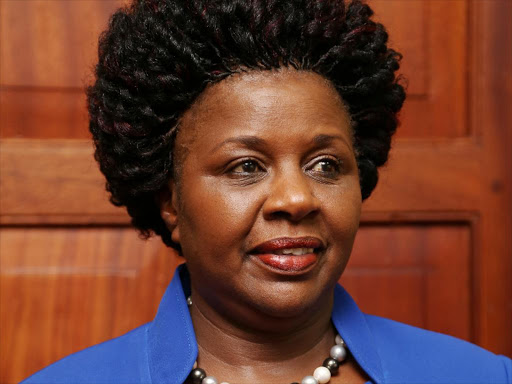 Deputy President William Ruto, on Monday, disclosed the last conversation that he had with the late Bomet Governor, Joyce Laboso, on Sunday.

Speaking to journalists at Lee Funeral Home on Monday where her body was taken, Ruto stated that the late governor was conscious and had two questions to ask him.

“She asked me what was going on in Bomet and whether she could go home,” Ruto noted.

To answer her questions, Ruto and her husband Edwin Obonyo, told her to “look after herself and allow the doctors to look after her”.

‘With the amount of pain that she was going through, and the level of medicine that she had to be given to overcome the pain, God has finally rested Joyce,” the deputy president divulged.

DP Ruto also thanked Laboso’s immediate family for the help that they had accorded her while she was undergoing treatment.

“We want to thank the family in a very special way, they have been very strong to Edwin Obonyo, who is the husband of the late Laboso,” he noted.

Ruto added that he had talked to President Uhuru Kenyatta, who offered his help to the late governor.

“His excellency the president has personally been involved in every step as we moved Joyce from London to India and back here.

“Mr Obonyo knows what the Government of Kenya, through the president, has done and has committed to do for the family and Joyce,” Ruto divulged.