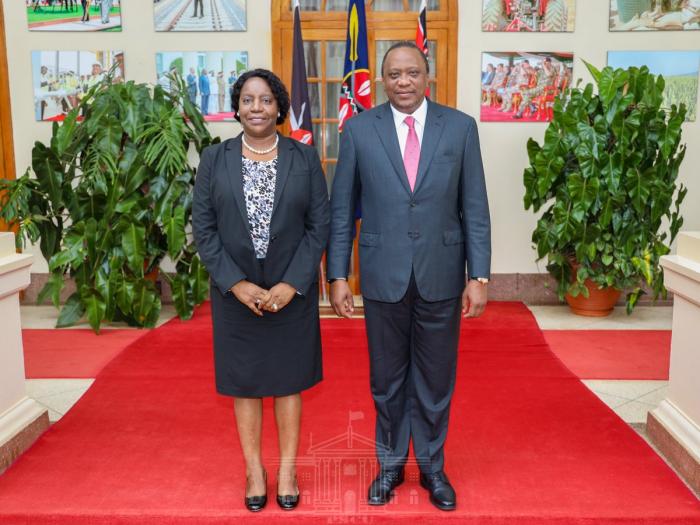 The agreement seeks to reduce trade barriers between the different pillars of the African Economic Community, and eventually use these regional organizations as building blocks, for the ultimate goal of an Africa-wide customs union.

COMESA Secretary General, Chileshe Kapwepwe, communicated the information to President Kenyatta when she paid a courtesy call to him at State House.

“As COMESA, we are confident that your commitment and support will play a big role in the realization of AfCTA, as we work to ensure COMESA’s voice is heard and its interests safeguarded at the continental level,” she told Uhuru.

Ms Kapwepwe is in the country for the 21st COMESA International Trade Fair and High-Level Business Summit, that started on Monday and will last the whole week.

Implementation of AfCTA was launched early in July, at the 12th Extraordinary Session of the Assembly of Africa Union (AU) in Niamey, Niger.

It targets to create the world’s largest single market of 1.2 billion people and GDP of Ksh340 trillion.

Kenya and Ghana were the first countries to deposit the ratification instruments on May 10, 2018, after ratification through their parliaments.

President Kenyatta assured of Kenya’s support to COMESA as it moves to consolidate its position as an economic powerhouse on the continent.

He reiterated his call for COMESA member states to come together and take advantage of their collective strengths as an economic bloc.

“Our success as COMESA member states will largely depend on us stopping to look at each other as competitors and instead unite for economic integration that will make us all winners,” President Kenyatta noted.